When you decide to install a rainwater harvesting system at your premises, there are several questions that could creep up. Though the rainwater harvesting systems are not complex in design and are also easy to install, there are some perplexing pre-installation factors that need to be clarified. The professional rainwater consultants, being trained and experienced Read more about Rainwater Consultants – Expert Guidance for Rainwater Conservation[…]

The belief in Rain-gods in ancient times, in almost every culture of the world, is the sign of the significance of rain, for the earth. We all are aware of the strength of the rainwater and have learned to respect it in all possible ways. Harnessing the rain with rainwater harvesting systems, or any other Read more about Rainwater and Rainwater Harvesting – A Useful Summary[…] 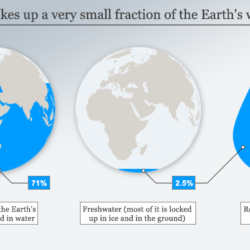 The storage of harvested rainwater in tanks is a fairly simple method. The complexities may arise while deciding over the size and material of the tank. This blog covers literally all the aspects related to rainwater harvesting tanks- what material is best suited, what size to choose and more. The practice of rainwater harvesting is Read more about Rainwater Harvesting Tanks – Everything You Need to Know[…]