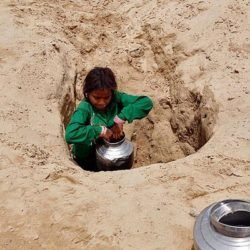 India is a land of 14 major and 44 medium rivers. The catchment area of each of the major river is 20,000 sq. km and above while that of medium rivers, is between 2000-20,000 sq. km. Also, there are 53 small rivers each with the catchment area of 2000 sq. km. These rivers receive their top-up from glaciers and rainwater. India receives an average rainfall of 4000 BCM (Billion Cubic Metre) every year from the rain. This is what we see as surface water. Then, there is some proportion of this surface water which gets absorbed and accumulated beneath the ground, called as groundwater.

Among all the available sources of water, mankind is majorly interested in groundwater, for his drinking and majorly, for its agricultural needs. From the statistics mentioned earlier, it may seem like our country has enough water to meet the demands of the population. But here are some eye-opening points.

END_OF_DOCUMENT_TOKEN_TO_BE_REPLACED

The drinking water demand of our earth’s population is generally fulfilled by two sources – groundwater and surface water (river, streams, waterfalls). However, rainfall is a major source of supply for above-mentioned sources. So, isn’t it a great idea to directly use the rainwater for drinking purpose? And moreover, rainwater is considered the purest form of water.

By the purest form of water, it is meant that rainwater has a low mineral composition and acidic content. But that does not mean it is safe to directly drink the rainwater. Even though its natural composition is neutral, the rainwater drops do pick up pollutants and dirt from the atmosphere, especially in the areas of high chemical industries and nuclear explosions. There are more reasons that support the need for purifying rainwater before using it as a potable water. END_OF_DOCUMENT_TOKEN_TO_BE_REPLACED 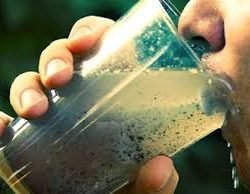 For instance, the average concentration of Uranium in water is comparatively higher in the granite bedrock. END_OF_DOCUMENT_TOKEN_TO_BE_REPLACED

There is a common saying, “Charity begins at home”. This may look odd, but we can associate this saying with water preservation technique called rainwater harvesting. Imagine the quantity of rainwater we could save if every possible house or building structure in India starts to take rainwater harvesting measures! At least, these households or buildings can preserve a certain percentage of required water quantity, thus lowering some of the pressure over the depleting natural ground water.

The idea is very simple; setup either simple or somewhat sophisticated rainwater harvesting systems in your house or in a building having several apartments, for collecting and storing the water poured down as rain. The care must be taken that the stored water does not contaminate & becomes the ground for breeding diseases. For this purpose, a minor investment is needed on your individual or collective part. END_OF_DOCUMENT_TOKEN_TO_BE_REPLACED